As probably many of you, I've long been an avid follower of [cached]OkTrends, OkCupid's blog. After a three year long silence, finally some new articles appeared, and it soon became clear why: Christian Rudder had been working on a book, [cached]Dataclysm.

It contains tons of interesting findings extracted from the copious amounts of data available to todays datascientists, but I wanted to show a short excerpt I found quite striking: 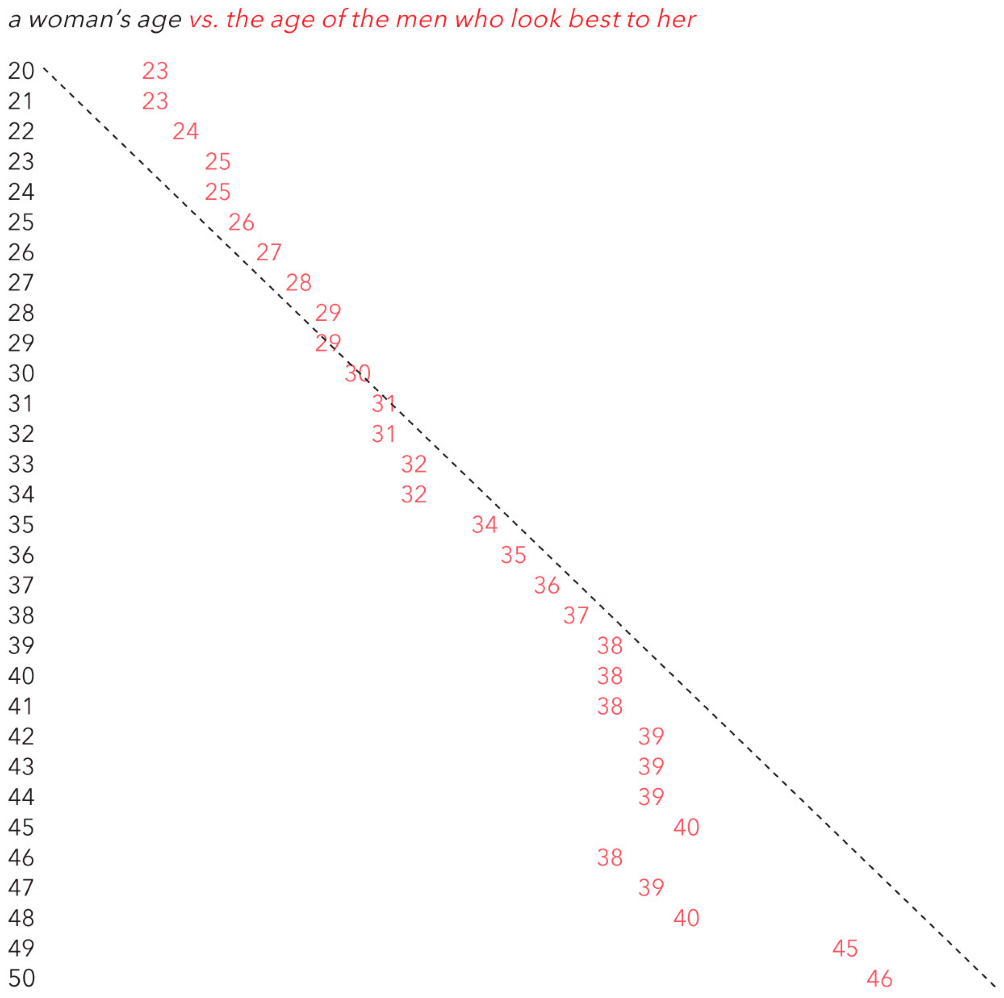 The numbers roughly following the diagonal line are the median ages of the men. As you would expect, women prefer men roughly their own age.

Now compare this to 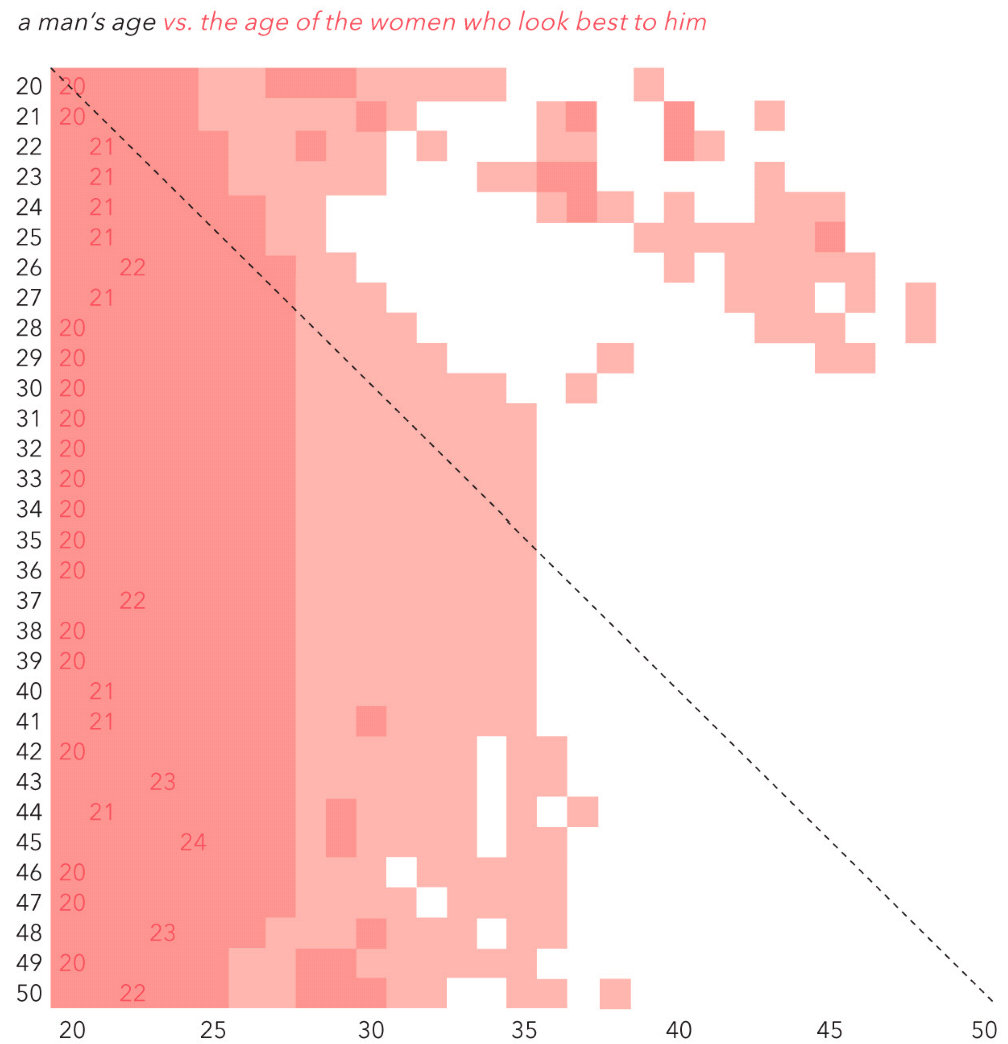 Again, the numbers indicate the median, the shading shows the top two quartiles. Essentially, men always prefer twenty year olds, no matter their own age. Later in the book you'll see that they actually message women more consistent with their own age (up to ten years younger), but I still found these two graphs very interesting (data is from ratings of OkCupid users, graphs are copied from the book).

Finally, for all of us online dating users: 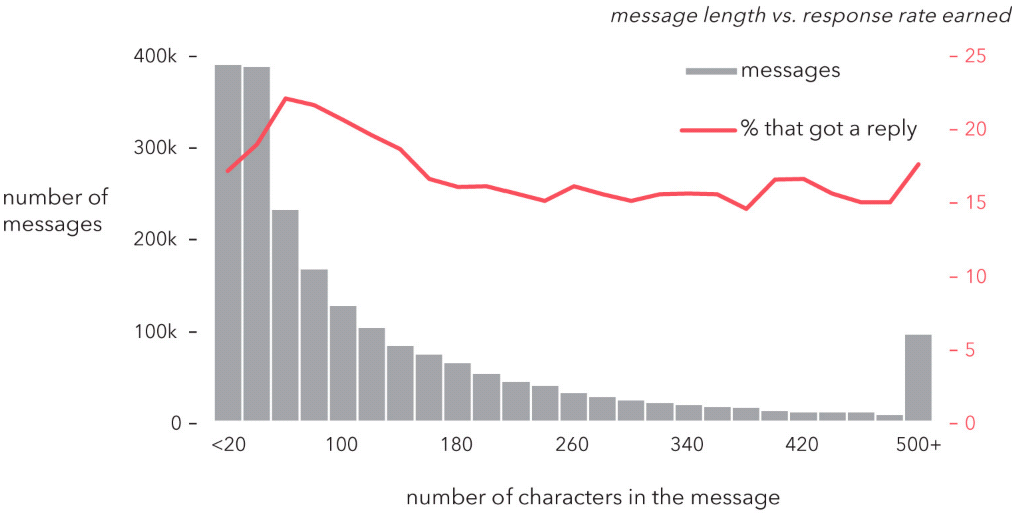 Or, in other words: Very short messages - a single tweet - are actually more successful. Now this is across all users and might not hold true if you only consider more educated users, but still. (I wish I could run some of my own analysis on OkCupid data!)