I've had a standing desk at work for a long time, but I've always felt that I wasn't using it enough, that I still spent most of my timing sitting.

This week I finally decided to do something about it. 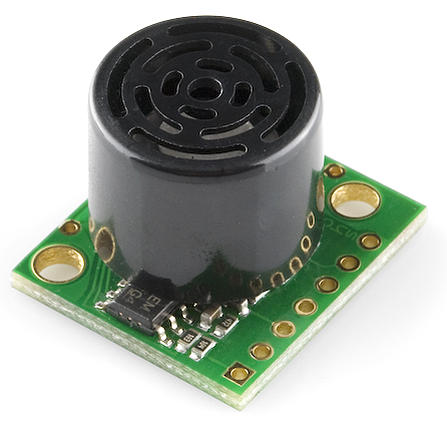 I bought a small sonar sensor (LV-MaxSonar-EZ1), hooked it up to an Arduino and added a little Python script to sample the sensor once a minute.

The sonar is mounted to my table and measures the distance to the floor, and with ~3 cm accuracy it's very easy to distinguish whether I'm sitting or standing.

Since the Sonar happily runs of 5V, I just connected its power input pins directly to the VCC and GND pins of my Arduino. Conveniently it also provides the measured distance as analog voltage on a pin, I just connected that to A0 on the Arduino.

The Arduino code to regularly sample the sonar is then very simple, even with basic smoothing included:

The Arduino includes a USB serial interface, so I can just connect it directly to my computer and it's straightforward to read its output with Python:

At this point I can do whatever I want with the data - create daily or weekly graphs, send automated email reminders if I haven't been standing in the last 2 hours, etc.

To ignore periods where I'm not actually at my computer, I use xprintidle, which prints the time in milliseconds since the last user activity, i.e. mouse or keyboard input.