A Walk around Umbrella Revolution 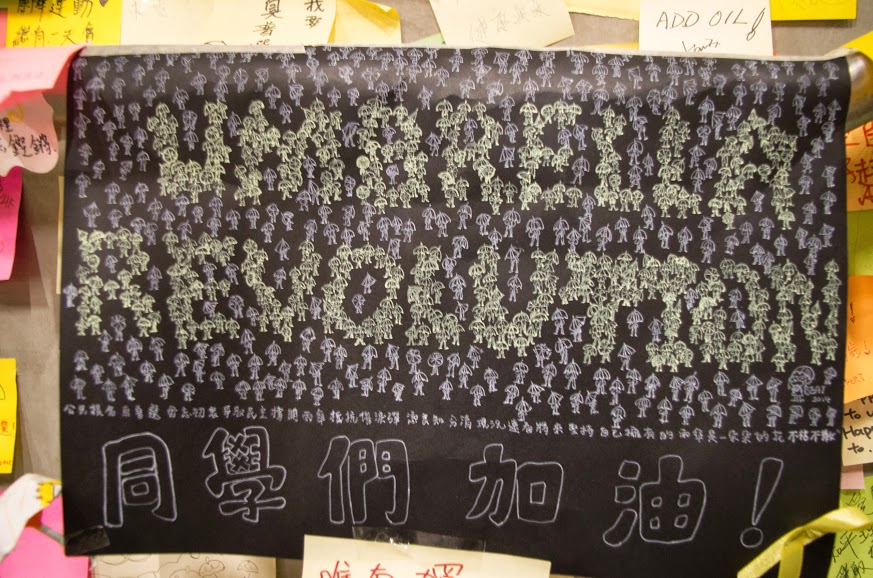 The Umbrella Revolution (from the umbrellas used to protect against tear gas) has been going on for nearly a month, yet publicity is scarce; fading out almost completely in the last two weeks.

Which is a shame - here's a vibrant city struggling for a most basic right, fair and independent elections, and yet we in the west, so proud of our democracies, stand by and watch? 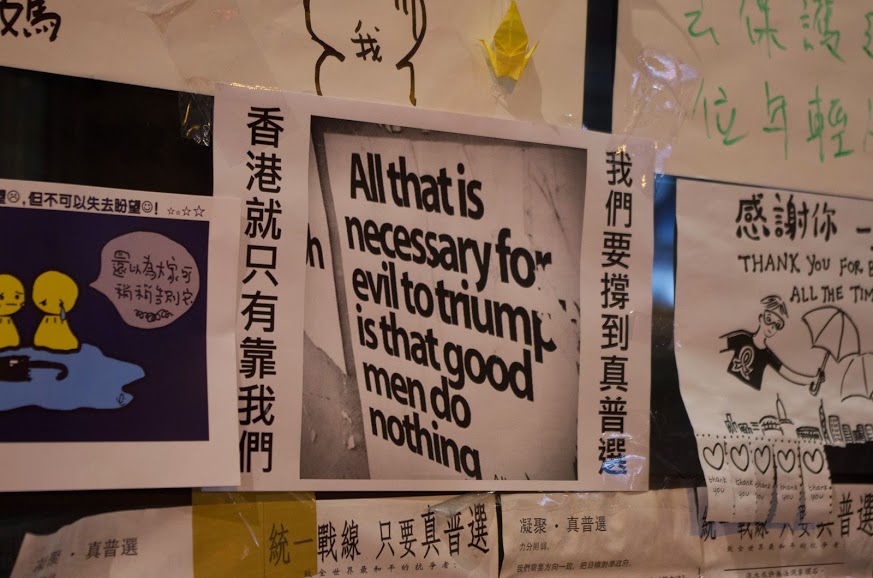 By chance I've been in Hong Kong for the past few days, and meeting these protesters - both young and old - really struck a chord in me. They risk their freedom and lives for something they passionately believe in, but all we know of it is a short clip in the evening news. No more!

I invite you to join me on a little journey to the protests: 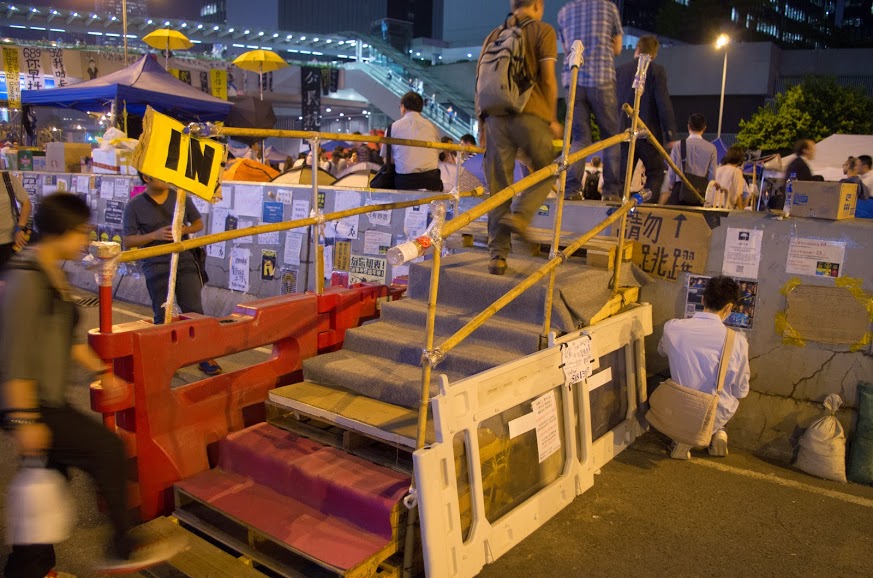 First a quick overview what the protests are about: In September, the government in Beijing announced its decision on electoral reform. Disallowing civil nominations, only candidates elected by a 1200-member committee (which in turn is nominated and controlled by Beijing) could be voted on by the general public in Hong Kong.

Protests against this decision began on September 22nd, with a blockade of vital streets in Admiralty in central Hong Kong from September 28th. Unnecessary force and tear gas by the police and attacks on protesters lead to further support for the protests from citizens, while using umbrellas to protect themselves against tear gas and pepper spray gave rise to the name of "Umbrella Revolution".

Protesters have been quite creative in building their barricades, using everything from normal police barricades 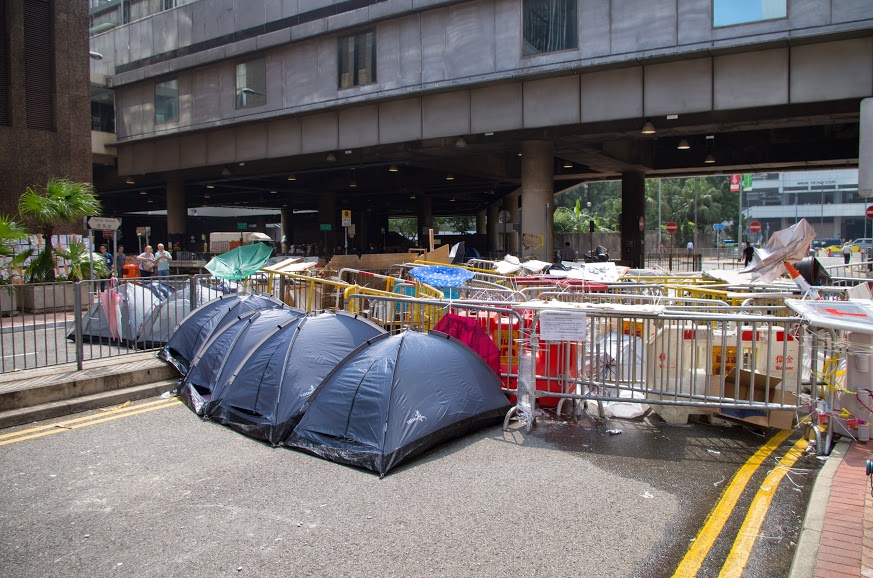 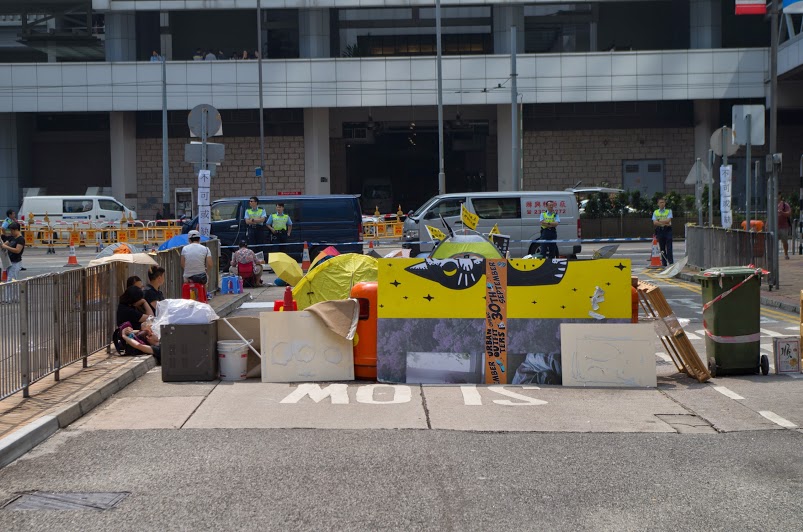 The protests are home to countless new pieces of art 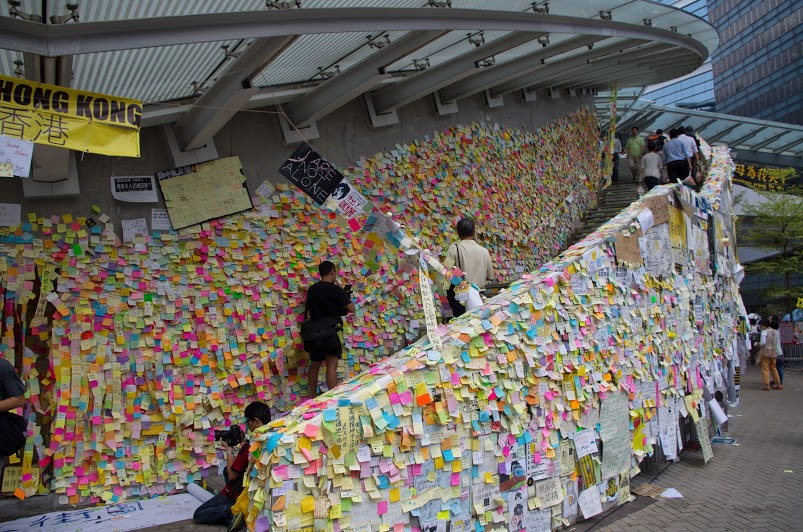 a lot of it inspired by umbrellas: 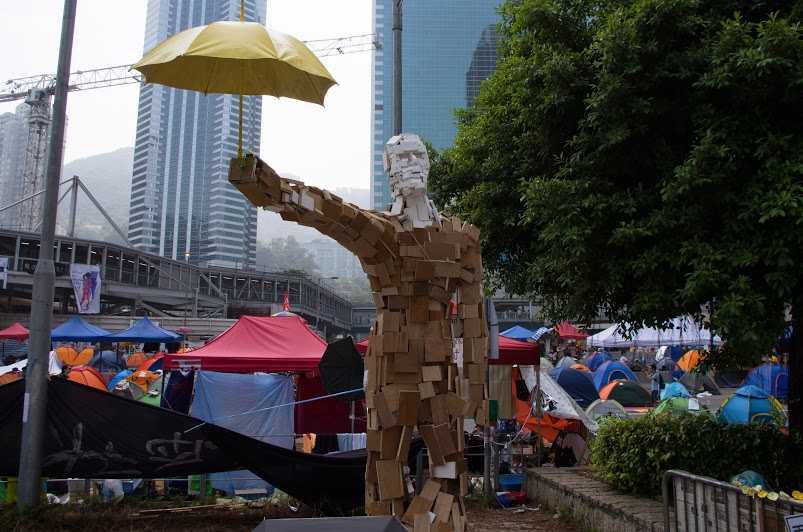 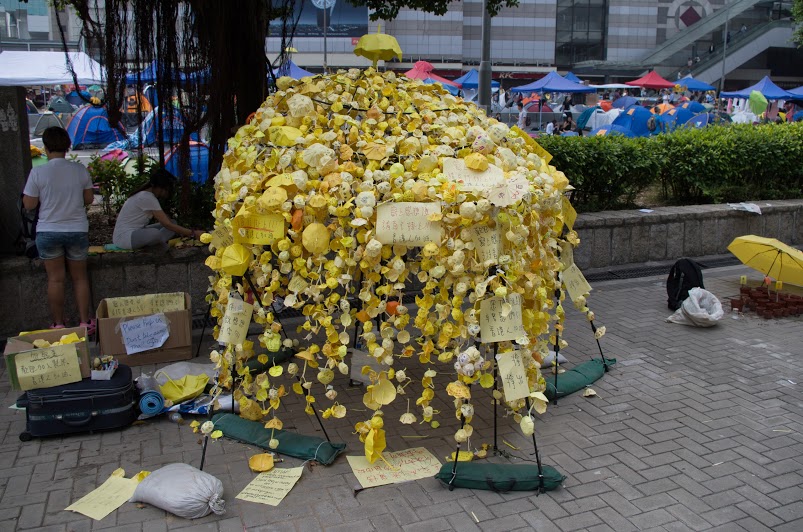 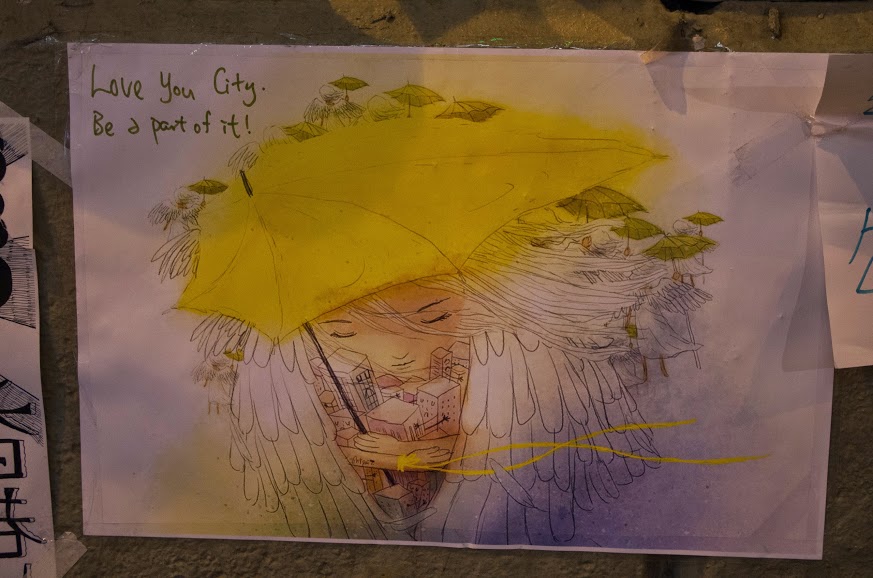 While there are people from all walks of life, students are of course strongly represented. They've even set up a friendly study corner, 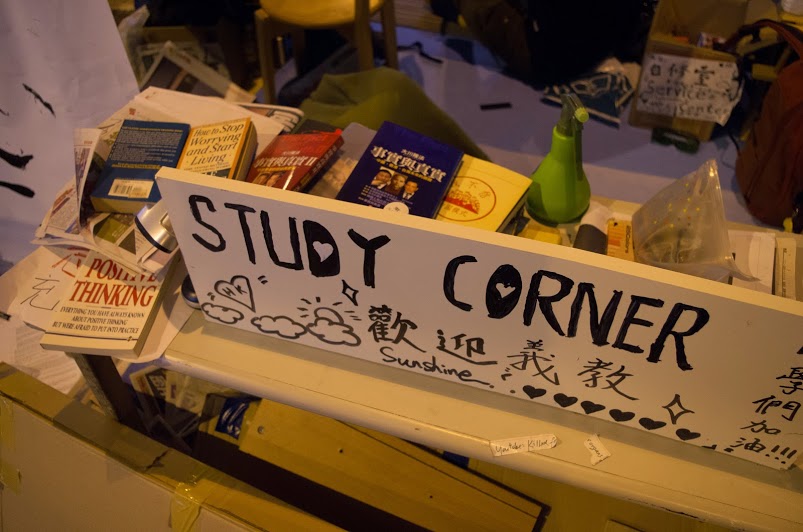 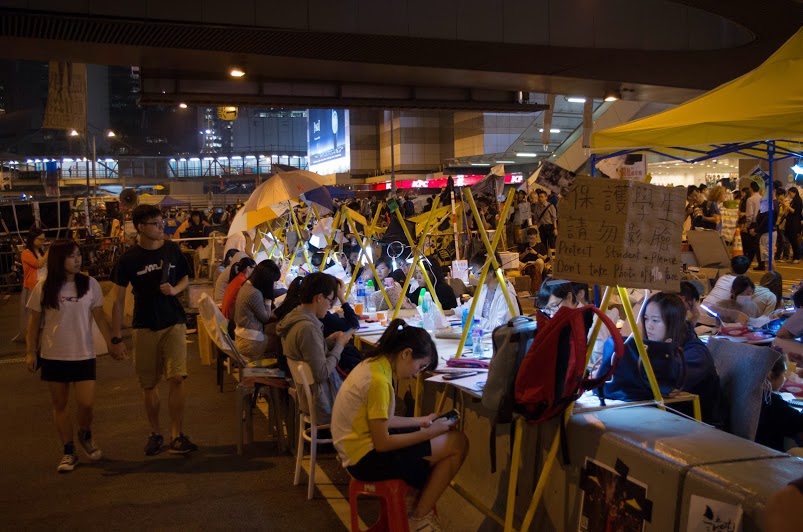 A little island of normality in the chaos of the protests: 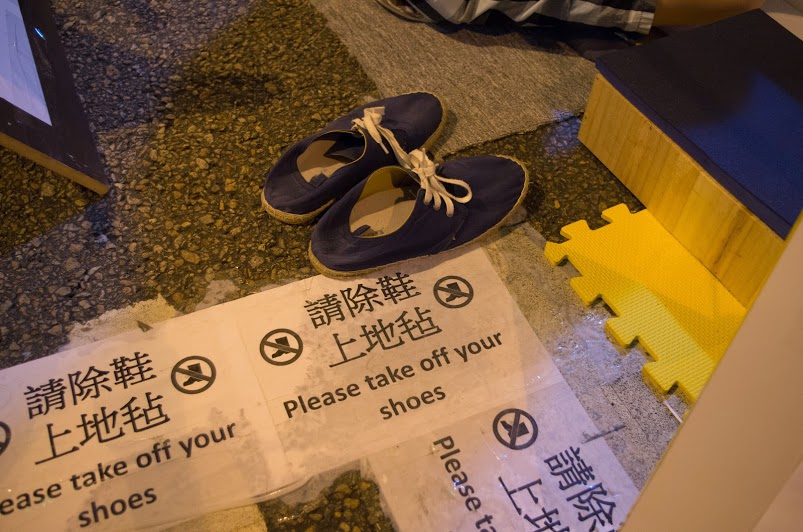 As goes without saying nowadays, everything will be accompanied by appropriate memes: 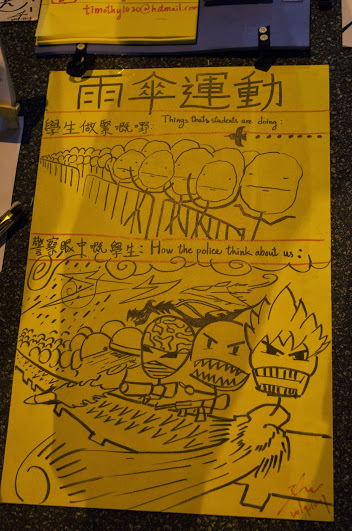 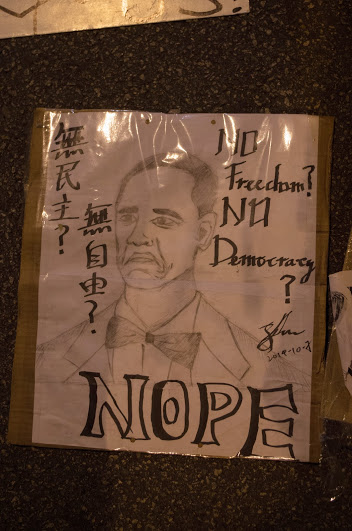 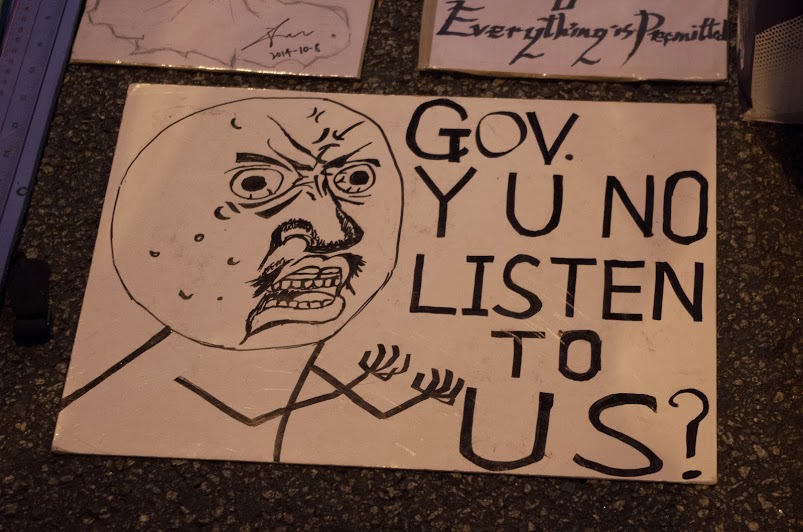 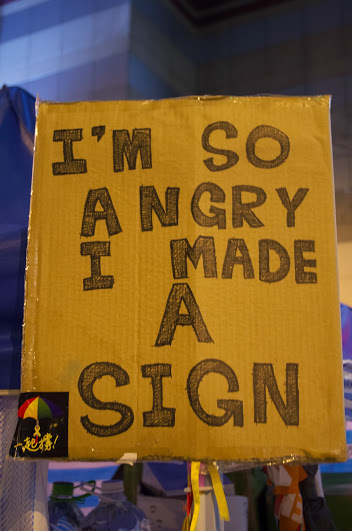 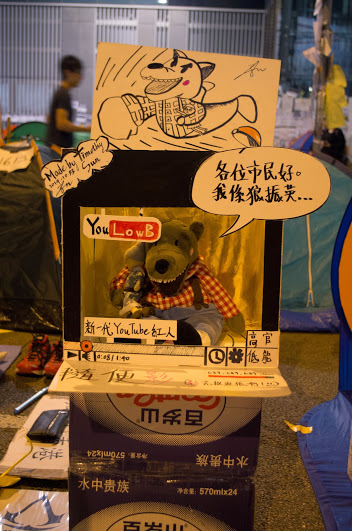 Don't take a few funny pictures to mean the situation isn't serious - far from it. Remember where the name "Umbrella Revolution" came from: 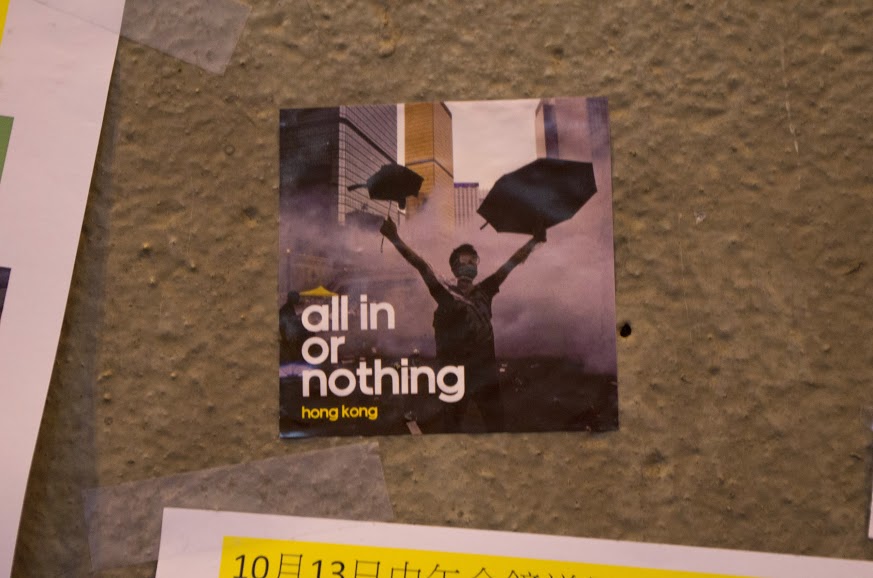 One man has been on hunger strike for 15 days now: 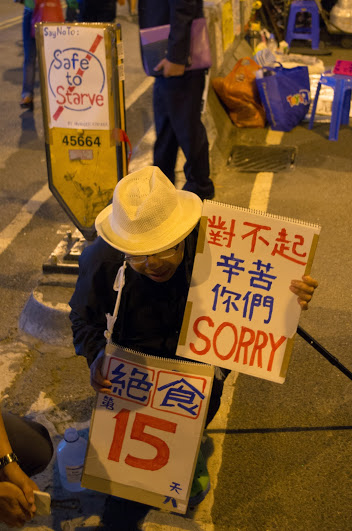 The hopes are as high as the stakes 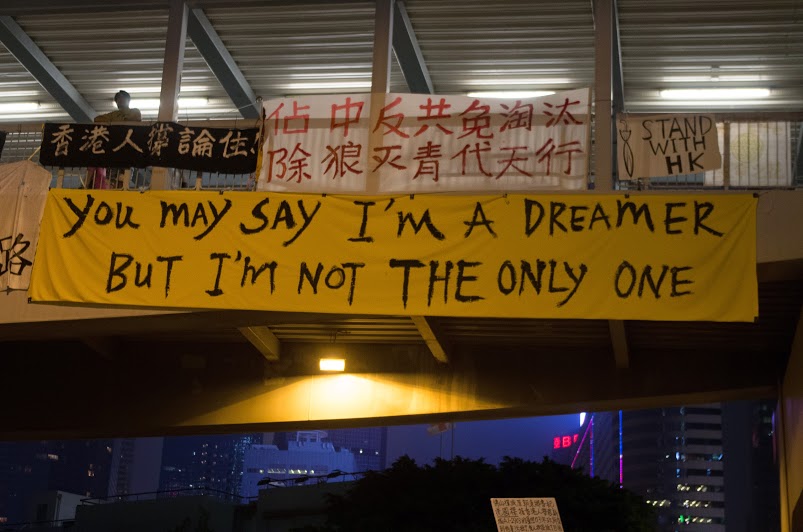 and people know how serious it is: 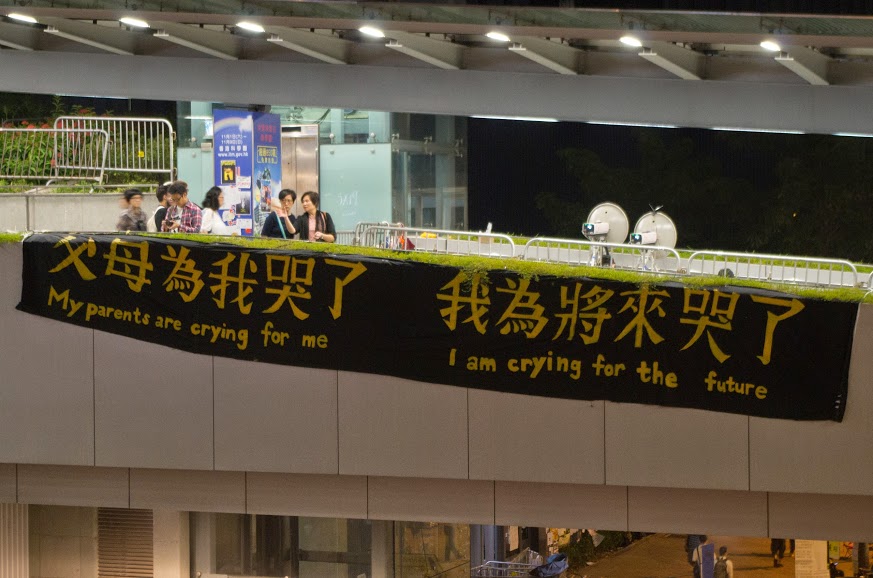 I have to stress: This is completely peaceful, protesters couldn't be more friendly and welcoming. 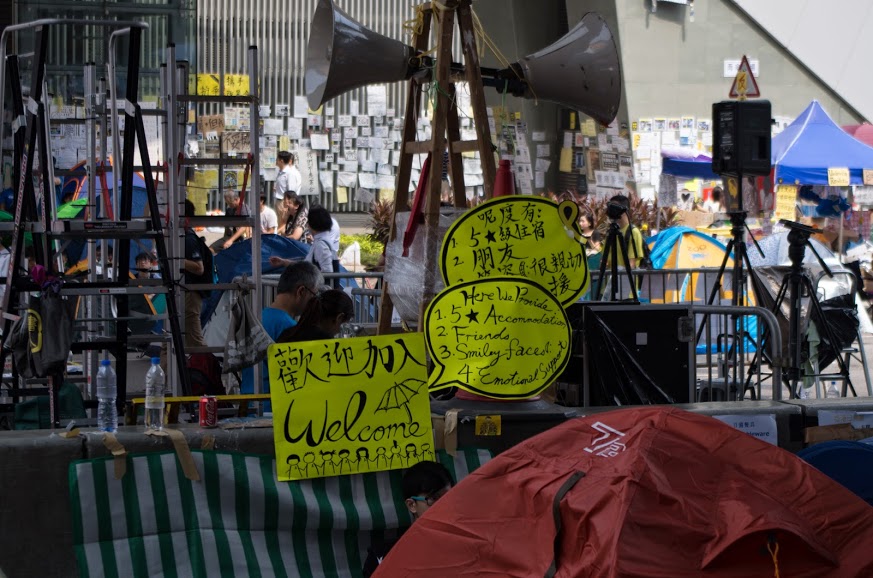 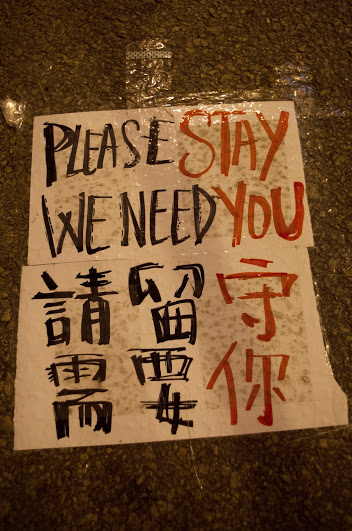 Yes, you! You might not be able to help here in Hong Kong, but you can still provide support: Call up your local politicians and pressure them to support Hong Kong internationally, raise awareness amongst your friends, tell someone who might be able to do more, even just share this post.

For a more extensive set of photos in full resolution, please see my album on Google+